| The Secret of the Sauce 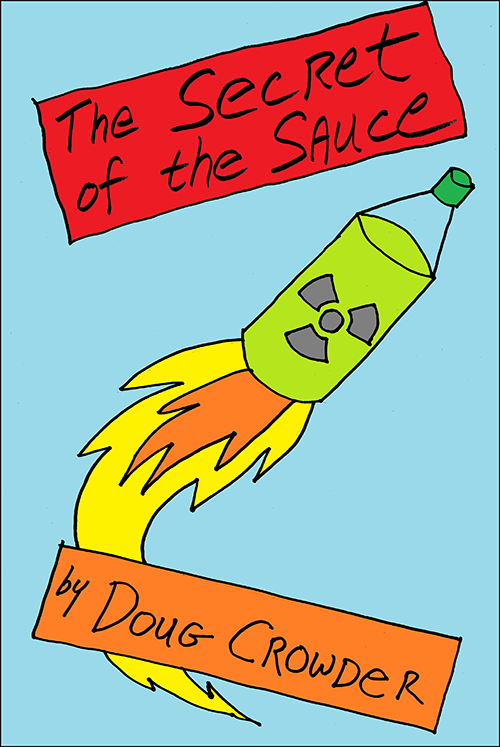 The Secret of the Sauce

SUMMARY. Join our favorite Citizen of the Universe, Judas Armstrong,

in three new adventures across the bounds of time and space.

Judas has never sought out the role of super-hero, but somemtimes the role seeks him out. In FIASCO IN ST. FRISKEY, while visiting Aunt Agatha and Uncle Felix on a far distant planet, he is reluctantly dons his Captain Freedom costume But will he be able to figure out what sort of super powers he supposedly has in time to rescue the kidnapped daughter of a visiting foreign leader before two nations are drawn into war?

In THE ANIMAL LOVERS, Judas finds himself on an unnamed planet full of animal-loving soupavores. But when the planet’s sun begins to go super-nova, Judas wonders – is he his brother’s keeper? Or his keeper’s brother?

In SECRET OF THE SAUCE, Aunt Agatha and Uncle Felix take Judas out for a relaxing dinner at one of the city’s finer restaurants. But when heavy-handed agents from BURRP (The Bureau for the Regulation of Radioacive Power) show up to confiscate the new sauce being unveiled that evening (in the name of “national security” of course) and rough up some bystanders in the process, Judas again takes on the mantle of Captain Freedom, determined to discover – the Secret of the Sauce.