| Trial of the Century (book) 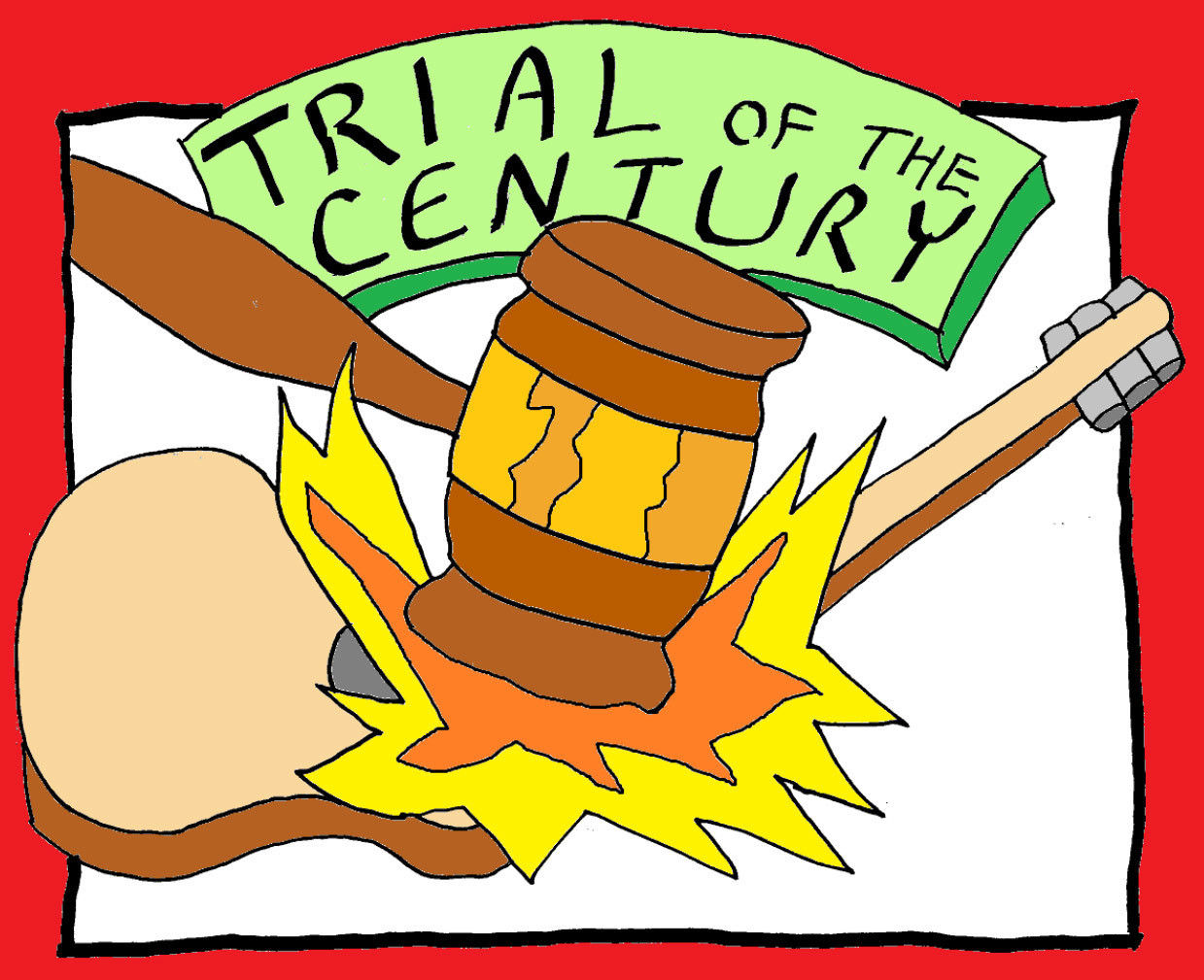 Trial of the Century (book)

The year is 2517. The guitar has been outlawed as a dangerous weapon. The subversive form of music known as “Roland Rock” has been banned from the airwaves. The signer-songwriter, Azhular, faces charges of being “P.I.” (Philosophically Inaccurate). The day of his trial has finally arrived. As a glorious sunrise lights the eastern sky with brilliant hues of red and gold, the Channel 98.6 news reporter, TWISTY TRUTHY, sings the Title Song, TRIAL OF THE CENTURY, which begins:

It’s bigger than an earthquake, more exciting than a war.

That we’d see the trial of the King of Roland Rock!

CHORUS: It’s the trial, the trial of the century.